‘The historian cannot, any more than any other mortal, escape the egocentric predicament: everything he perceives is mediated through his own perceptions. Yet, the fact that perfect objectivity is unattainable does not relieve the historian of the duty of striving for it. He is thus committed, above all else, to the rigorous and unrelenting scrutiny of historical evidence. This commitment distinguishes his trade from that of the novelist, the propagandist, the prophet. Evidence is the only means by which to establish a historical fact; facts are the bricks out of which the structure of historical interpretation is erected. If there are not enough of them, the structure will collapse.

The sources available to the historian are primarily, but not exclusively, documents; sources may also take the form of museum materials (§ 17), pictures (§ 18), sound recordings (§ 66), and newsreel films (§ 18). But, whatever the character of the source, its critical examination is the historian’s first obligation. This critical examination involves three procedures: (1) the authentication of the physical remains, or external criticism; (2) the analysis of contents, or internal criticism; and (3) the evaluation of the resulting data as evidence.

The purpose of external criticism is to assess the genuineness of documents or of other physical survivals. It seeks, first, to expose counterfeits, and then to establish positive identifications of origin. For the American historian, the techniques of external criticism are less essential than they are for the ancient or medieval student, who survives by his skill in the esoteric arts of paleography, epigraphy, sphragistics, and diplomatics. Yet it may occasionally be useful for a student of American history to know that there are tests which can reliably determine the age of paper, ink, or binding so that unscrupulous dealers or scholars fanatically bent on proving their points will not intimidate him by a display of fading manuscripts, spidery handwriting, and crumbling bindings. (….)

The purpose of internal criticism is to detect inconsistencies, errors, or falsehoods through analysis of the text of a document or through inspection of the contents of nondocumentary sources. Handbooks and manuals have made various attempts to codify the principles of internal criticism. But abstract propositions decide concrete cases no more often in history than in law; and most codes come down to recommendations for vigilance, skepticism, and common sense.

Internal criticism is indispensable, of course, in assessing evidential value. But, in a stricter sense, internal criticism is most useful for the historian when confronted by pseudonymous, anonymous, or spurious texts. In these cases, especially when no original manuscript survives, the historian must comb the text for clues which will betray and trap the unknown author. (….)

The climax of the critical process is the evaluation of the evidence produced by research and validated by the techniques of external and internal criticism. The historian must not permit himself to be satisfied by the mere accumulation of  “evidence.” He must relentlessly subject himself to the question: what is this “evidence” evidence of?

Certain general remarks may be made about the reliability of types of materials. Official reports vary in reliability according to time and source. (….) Political speeches and documents must be considered in terms of the immediate political context. Personal documents  - diaries and letters ­ must be subject to the usual discounts of private bias, hope, or anxiety; many, indeed, were written, consciously or subconsciously, for the historical record. Reminiscences are ordinarily exercises in retrospective justification; histories generally reject the values and preoccupations of the historian; and fiction - is fiction. (…) Newspapers bend sharply to the breezes of political partisanship, editorial competition, and counting house control (….).

How is the historian to approach specific problems of evaluation? As a first step, it may often be useful to attempt the imaginative leap into the shoes of the witness. In making this leap, the historian must first consider what the words of the testimony meant for the witness.  (….) The problem is that context creates and alters meaning - that mere “common sense” or logic may omit much which is below the surface of words and yet an indispensable part of them.

“Property” thus meant one thing to John Locke, another to the American Liberty League; “democracy” one thing to Fisher Ames, another to Woodrow Wilson, and quite another to Joseph Stalin. The history of the developing meaning of the word “corporation” is a history of American economic life. Moreover, men in the past, like men in the present, were given to irony, satire, epigram, literary flourish, overstatement, understatement, and the whole human range of nuance, inflection, and exaggeration.

Once satisfied that he understands what the witness is saying, the historian must then consider whether the witness was in a position to know what he was talking about; then whether, if the witness was in that position, he had the skill and competence to observe accurately; then whether, if he knew the facts, he would be inclined to represent them fairly, or whether circumstances - emotional, intellectual, political - might incline him to emphasize some aspects of an episode and minimize others. Many motives, worthy and unworthy, deflect or distort observation: national patriotism, class conditioning, political partisanship, religious faith, moral principle, love, hate, and survival.

Because the witness is not available for cross-examination, the historian may be compelled to make a rough evaluation of his general character. (….)  Yet the historian must guard equally against the logical fallacy of confusing the origin of a story with its value: the chronic liar may bear true witness on a particular occasion, and the high-minded man may get hopelessly muddled. Even the high-minded man is, after all, prey to the normal gamut of human emotions. Students who know well how hasty and careless their own letters are, or how premeditated their diaries may be, must resist the temptation to accept statements in the letters and diaries of others as exact and dispassionate simply because the writers have been dead for a hundred years.

The witness’s age, moreover, may be a factor: too many historians have been seduced by the confident but faulty recollections of men misrecalling events in which they had participated forty years earlier. We all know, or should know, how treacherous an instrument memory is, how much it is at the mercy of our overriding desire to show ourselves in the best possible light. Nor is the distinction between primary and secondary sources very helpful in these cases. The first hand witness is as subject to the winds of passion as the man who comes along later.

Then too there is the problem of the myth-making propensity of man. (….) Nor can the historian forget that, beyond myths, there are hoaxes. (….)

Once the historian has completed his imaginative leap and has plucked the flower of fact out of the nettle of embellishment, he can proceed to the next and more conclusive test - that is, the search for independent corroboration. Like treason in the Constitution, a historical fact ideally should rest “on the testimony of two witnesses to some overt act, or on confession in open court.” But sometimes, alas, there is but a single witness; or, if there are two, and of equal competence and probity, their versions may be in head-on collision. (….)

A judge and jury, indeed, would go mad if they had to decide cases on evidence which will often seem more than satisfactory to the historian. But there is no escape; the historian, if he is to interpret at all, will try and convict on evidence which a court would throw out as circumstantial or hearsay. The victims of the historical process have to seek their compensation in the fact that history provides them with a far more flexible appellate procedure. The historian’s sentences are in a continuous condition of review; few of his verdicts are ever final.’

The Quotations are taken from: Harvard Guide to American History (1954). 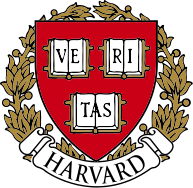 The Harvard Guide to American History, a broad introduction to the study of American history (USA),was addressed ‘to the intelligent general reader, to the student, and to the scholar’.

A revised edition appeared in 1974, but without the paragraph “Principles of historical criticism”, part of chapter 1: “The nature of history”. This chapter didn’t reappear in the revised edition at all. The Preface of the new edition, edited by Frank Freidel and Richard K. Showman, states:  ‘The changes in this new edition of the Harvard Guide to American History reflect the shifting interests and the spectacular growth in the literature of American history during the past two decades. About a third of the titles are new, the arrangement of a substantial part of them is topical  and the Guide has expanded into two volumes. The opening chapters, for the most part finding aids, are now essentially for reference use. The syllabi at the beginning of bibliographical chapters, a key component of the original manual, no longer appear; neither do the extensive sections on historical sources. Few readers now use them.’

From the website of Harvard University Press (retrieved on 9 March 2017): ‘The Harvard Guide has a long and distinguished history in the annals of reference works. First prepared in 1896 by Albert Bushnell Hart and Edward Charming, it was a unique scholarly tool. Revised in 1912 by Hart, Charming, and Frederick Jackson Turner, the Guide carried its entries through 1910 and became the standard text. In 1954 the Harvard Guide to American History appeared, prepared and edited by members of the History Department of Harvard: Oscar Handlin, Arthur Meier Schlesinger, Samuel Eliot Morison, Frederick Merk, Arthur Meier Schlesinger, Jr., and Paul Herman Buck. A one-volume compendium, the Guide became a classic in historical studies and won a place in every important library—both public and private—of American history. Now twenty years later, Frank Freidel, Charles Warren Professor of American History at Harvard, and Richard K. Showman, of the Rhode Island Historical Society, have made the Guide, once more, the most essential reference book for historians. (....) This thoroughly revised, comprehensive guide to American history reflects the explosive growth in historical publications and materials in the past two decades, and the expanding interests of American historians. About one third of the entries are new. These not only represent the surge of books and articles during the last generation, but also reflect new areas of history. (….)  Enlarged and up-to-date sections cover research methods and material. There are practical suggestions on research, writing, and publication, and extensive citation of finding aids and bibliographies to introduce the user to collections of printed materials, public documents, microform, manuscripts, and archives. The section on care and editing of manuscripts, long standard on the subject, appears unchanged; other sections, such as those on automated data retrieval, quantitative techniques, and oral history, reflect innovations in the historian’s craft. The new Guide has been recast in columnar form to make it easier to locate references and includes crossreference by pages and sections to facilitate faster use.’