Francis Fukuyama, an acclaimed American political philosopher, entered the global imagination at the end of the Cold War when he prophesied the “end of history” - a belief that, after the fall of communism, free-market liberal democracy had won out and would become the world’s “final form of human government.” Now, at a moment when liberal democracy seems to be in crisis across the West, Fukuyama, too, wonders about its future.

“Twenty five years ago, I didn't have a sense or a theory about how democracies can go backward,” said Fukuyama in a phone interview. “And I think they clearly can.”

Fukuyama’s initial argument (which I’ve greatly over-simplified) framed the international zeitgeist for the past two decades. Globalization was the vehicle by which liberalism would spread across the globe. The rule of law and institutions would supplant power politics and tribal divisions. Supranational bodies like the European Union seemed to embody those ideals.

But if the havoc of the Great Recession and the growing clout of authoritarian states like China and Russia hadn’t already upset the story, Brexit and the election of President Trump last year certainly did.

Now the backlash of right-wing nationalism on both sides of the Atlantic is in full swing. This week, French far-right leader Marine Le Pen announced her candidacy for president with a scathing attack on the liberal status quo. “Our leaders chose globalization, which they wanted to be a happy thing. It turned out to be a horrible thing,” Le Pen thundered.

Fukuyama recognizes the crisis. “Globalization really does seem to produce these internal tensions within democracies that these institutions have some trouble reconciling,” he said. Combined with grievances over immigration and multiculturalism, it created room for the “demagogic populism” that catapulted Trump into the White House. That has Fukuyama deeply concerned.

“I have honestly never encountered anyone in political life who I thought had a less suitable personality to be president," Fukuyama said of the new president.” Trump is so thin­skinned and insecure that he takes any kind of criticism or attack personally and then hits back."

Fukuyama, like many other observers, worries about “a slow erosion of institutions” and a weakening of democratic norms under a president who seems willing to question the legitimacy of anything that may stand in his way - whether it’s the judiciary, his political opponents or the mainstream media.

But the problem isn’t just Trump and the polarization he stokes, argues Fukuyama. What the scholar finds “most troubling” on the American political scene is the extent to which the Republican Party has gerrymandered districts and established what amounts to de facto one-party rule in parts of the country.

“If you've tilted the playing field in the electoral system that it doesn’t allow you to boot parties out of power, then you’ve got a real problem,” said Fukuyama. “The Republicans have been at this for quite a while already and it's going to accelerate in these four years.”

“When democracies start turning on themselves and undermining their own legitimacy, then you're in much more serious trouble,” he said.

International institutions don't seem to be faring any better. Fukuyama thinks the European Union is “definitely unravelling” due to a series of overlapping mistakes. The creation of the eurozone “was a disaster” and the continued inability to develop a collective policy on immigration has deepened discontent. Moreover, said Fukuyama, “there really was never any investment in building a shared sense of European identity.”

But while the West is lurching through a period of profound uncertainty, Fukuyama calls for patience, not panic.

“We don't know how it's all going to play out,” he said. The tide of right-wing nationalism may ebb if the results of major elections this year go against the Le Pens of the world. Fukuyama wonders whether Trump will eventually face a backlash from within his own party, particularly if he cozies up to an autocrat like Russian President Vladimir Putin.

“The Austrian election was actually interesting,” he said, referring to a presidential vote in which a far­right candidate narrowly lost last year. “It was as if people in Europe said, ‘Well, we don't want be like these crude Americans and elect an idiot like Donald Trump.’”

The turbulence of the moment doesn't have to be re ad as a rebuttal of his original thesis.

The “end of history” was always more about ideas than events. For that reason, Fukuyama’s most vehement critics over the years were not right-wing nationalists but thinkers on  the left who reject the dogma of free markets. Fukuyama himself always left the door open for future uncertainty and crisis.

“Perhaps this very prospect of centuries of boredom at the end of history,” he wrote more than two decades ago, “will serve to get history started once again.”

The phrase “the end of history” has two interpretations. In this section of Hereditas Historiae, the collected voices are mostly from them who followed the historiographical interpretation.  However, the second one, by Francis Fukuyama, became far more famous. As the book by George Iggers shows, both interpretations became also linked to each other. Therefore, Irène Diependaal decided to publish also quotation from this interview as published in the Washington Post  and to combine it with a quotation from Francis Fukuyama taken from the original book, The End of History (1992).

Further information about Francis Fukyama is to be found on the website hosted by Stanford University. Stanford University promotes itself as ‘one of the world's leading teaching and research universities. Since its opening in 1891, Stanford has been dedicated to finding solutions to big challenges and to preparing students for leadership in a complex world.’ 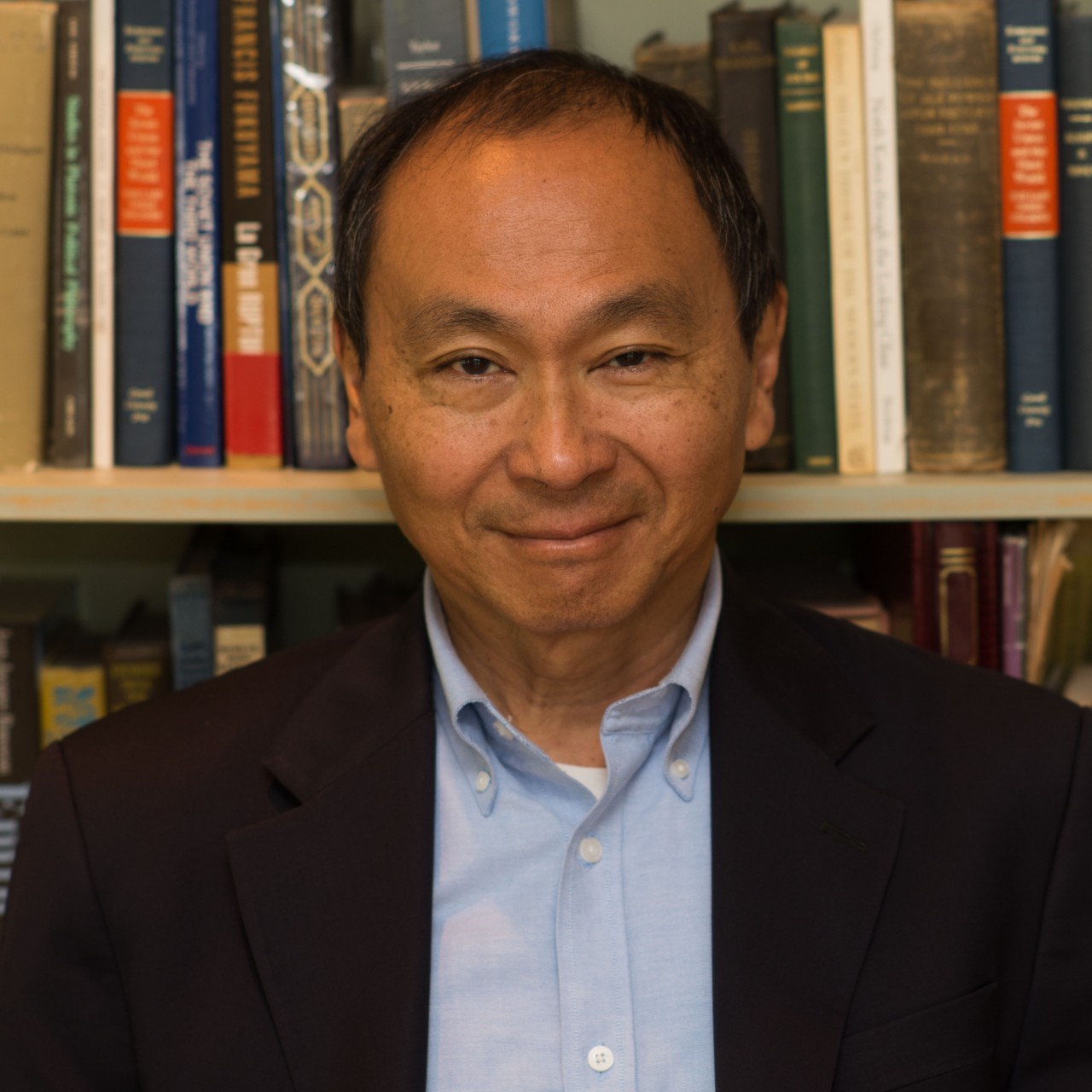 Francis Fukuyama: “By way of an introduction”

‘The distant origins of the present volume lie in an article entitled "The End of History?" which I wrote for the journal The National Interest in the summer of 1989. In it, I argued that a remarkable consensus concerning the legitimacy of liberal democracy as a system of government had emerged throughout the world over the past few years, as it conquered riyal ideologies like hereditary monarchy, fascism, and most recently communism. More than that, however, I argued that liberal democracy may constitute the “end point of mankind's ideological evolution” and the “final form of human government,” and as such constituted the “end of history.” That is, while earlier forms of government were characterized by grave defects and irrationalities that led to their eventual collapse, liberal democracy was arguably free from such fundamental internal contradictions. This was not to say that today's stable democracies, like the United States, France, or Switzerland, were not without injustice or serious social problems. But these problems were ones of incomplete implementation of the twin principles of liberty and equality on which modern democracy is founded, rather than of flaws in the principles themselves. While some present-day countries might fail to achieve stable liberal democracy, and others might lapse back into other, more primitive forms of rule like theocracy or military dictatorship. the ideal of liberal democracy could not be improved on.

The original article excited an extraordinary amount of commentary and controversy, first in the United States, and then in a series of countries as different as England, France, Italy, the Soviet Union, Brazil, South Africa, Japan, and South Korea. Criticism took every conceivable form, some of it based on simple misunderstanding of my original intent, and others penetrating more perceptively to the core of my argument. Many people were confused in the first instance by my use of the word “history.” Understanding history in a conventional sense as the occurrence of events, people pointed to the fall of the Berlin Wall, the Chinese communist crackdown in Tiananmen Square, and the Iraqi invasion of Kuwait as evidence that “history was continuing,” and that I was ipso facto proven wrong.

And yet what I suggested had come to an end was not the occurrence of events, even large and grave events, but History: that is, history understood as a single, coherent, evolutionary process, when taking into account the experience of all peoples in all times. This understanding of History was most closely associated with the great German philosopher G. W. F. Hegel. It was made part of our daily intellectual atmosphere by KarI Marx, who borrowed this concept of History from HegeI, and is implicit in our use of words like “primitive” or “advanced,” “traditional” or “modern,” when referring to different types of human societies.

For both of these thinkers, there was a coherent development of human societies from simple tribal ones based on slavery and subsistence agriculture, through various theocracies, monarchies, and feudal aristocracies, up through modern liberal democracy and technologically driven capitalism. This evolutionary process was neither random nor unintelligible, even if it did not proceed in a straight line, and even if it was possible to question whether man was happier or better off as a result of historical progress.”’'