At the turn of a new era 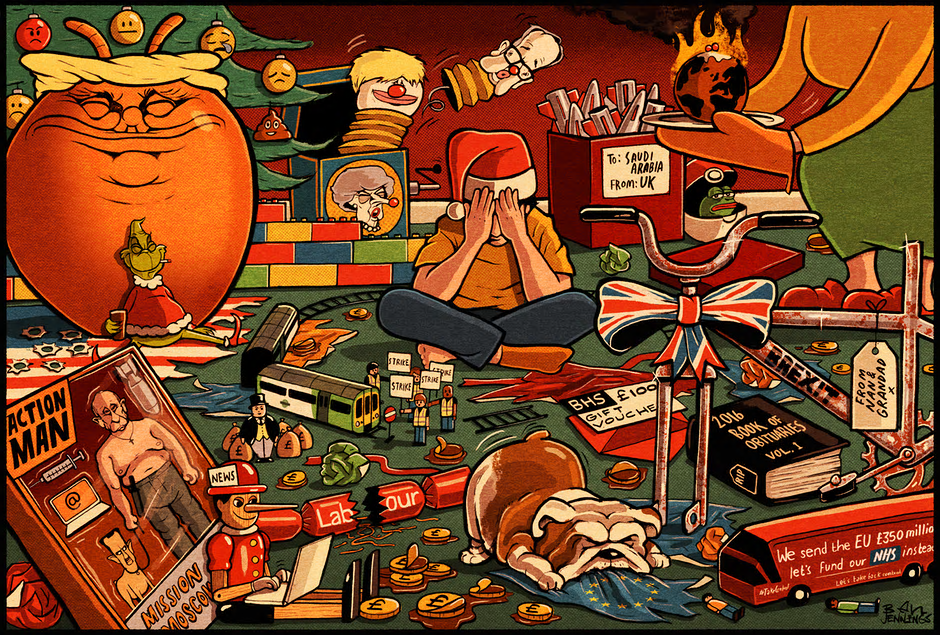 The year 2016 will probably be a watershed in world history. The British referendum on the departure of Great Britain out of the Europe Union divided the British people deeply. Shortly after the Brexit-referendum, the outcome of the American presidential election brought world wide a shock: the controversial, political inexperienced Donald Trump won the presidential elections after an election campaign full of personal accusations towards his opponents, both in his own party and his opponent party, The Democrats. As a result, the inhabitants of the United States of America were brought on the brink of a civil war when the election results were made public. It made the (traditional) political elites in France, Germany, and The Netherlands shivering what the popular vote would or will do during the forthcoming elections.

Debates on the "why" behind the popular vote will rage down the years. In this corner of Hereditas Historiae only a small bit of remarkable voices are shared with those who missed something while it was in the main newstream or want to look closer afterwards. These voices don’t reflect the opinions of Irène Diependaal, but they are collected from the international press because the analyses are perhaps able to give some kind of explanation.

"Populism" is a word with a lot of meanings. Inside this selection in Hereditas Historiae  a modern "Bagehot", a successor of the famous 19th-century journalist of the Economist, is explaining - in "Power to the people" - why it is interpreted in the international, liberal press as being dangerous. 'The essence of populism is the belief that society can be divided into two antagonistic classes - the people and the powerful. The people are presumed to have a single will. The powerful are presumed to be devious and corrupt: determined to feather their own nests and adept at using intermediary institutions (courts, media companies, political parties) to frustrate the people.' Irène Diependaal's attitude, trained by her research hitherto, is more historically based. She is selecting these articles because, as the modern Bagehot of The Economist also notes, the whole social, political and sometimes even the constitutional environment is changing.

In the section "A post truth world?" some journalist analyses of the dangers of the modern mass media are collected by Irène Diependaal. The why behind the liberal attitude of the main stream journalist titles and their working conventions are explained by authors of the titles themselves. The role historians are able to play: some expert explanations, exploring the reasons the historians didn't always did so, are quoted in the secton "In pursuit of truthful history stories".

To find out more about Irène Diependaal (Dutch citizen, academically trained in Modern History (PhD) and Public Administration/Politics (Master's degree) at the University of Amsterdam: please read the section "Irène Diependaal" and the introductions to the sections "Articles" and "Essay Reviews".

This section is closed down.