Democracy takes work, and that' s on all of us in this perilous new year

'"The thin veneer of civilization rests upon what may well be an illusory faith in our common humanity. But illusory or not, we would do well to cling to it. Certainly, it is that faith - and the constraints it places upon human misbehavior - that is the first to go in times of war or civil unrest."

Those words by the historian Tony Judt were published in the year of his death, 2010. The sentiment may seem unexceptionable, but apparently it is not, at least to a sizable number of Americans, as the country passes through a time not of war or civil unrest, or even widespread economic distress, but rather of discontent, petulance, mutual contempt among political parties and social classes, and considerable apprehension about what the new year might bring.

As with any change of administration, there is no shortage of grand ideas about changes that must be made. Some of the people offering them are sincere, some are opportunistic hangers-on and, as we are seeing in the current turmoil of transition, some can be downright sinister - at least by American standards - with their talk of ethnic nationalism and attempts to restrict the franchise, among other things. President-elect Donald Trump's frequent invocation of his "strength" as a national leader has a superficial appeal, but his approval of certain brutal, authoritarian governments is a disturbing sign of what he thinks it means in practice.

Americans have never gone in much for the sort of ideological enthusiasms that led much of Europe and Asia into disaster in the 20th century. We can hope that our national skepticism about such all-encompassing systems of government will serve us in coming years as it has in the past, when outlandish schemes and dreams of power have been thwarted or tempered by the good sense, and the ideals, written into our founding documents.

But as we have learned over and over again, keeping a democracy in good order requires constant attention and a lot of tedious maintenance. What the founders presented us was a Republic – "if you can keep it," in the famous words attributed to Benjamin Franklin. Essential to keeping it is a well­informed and reasonably educated electorate, respect and regard for one another, and, above all, faith in our government to treat us fairly and deal with us truthfully. All of these things are threatened or undermined as we enter the new year. It is up to us as a people - not to any self-styled savior - to defend and strengthen our faith in our common humanity.' 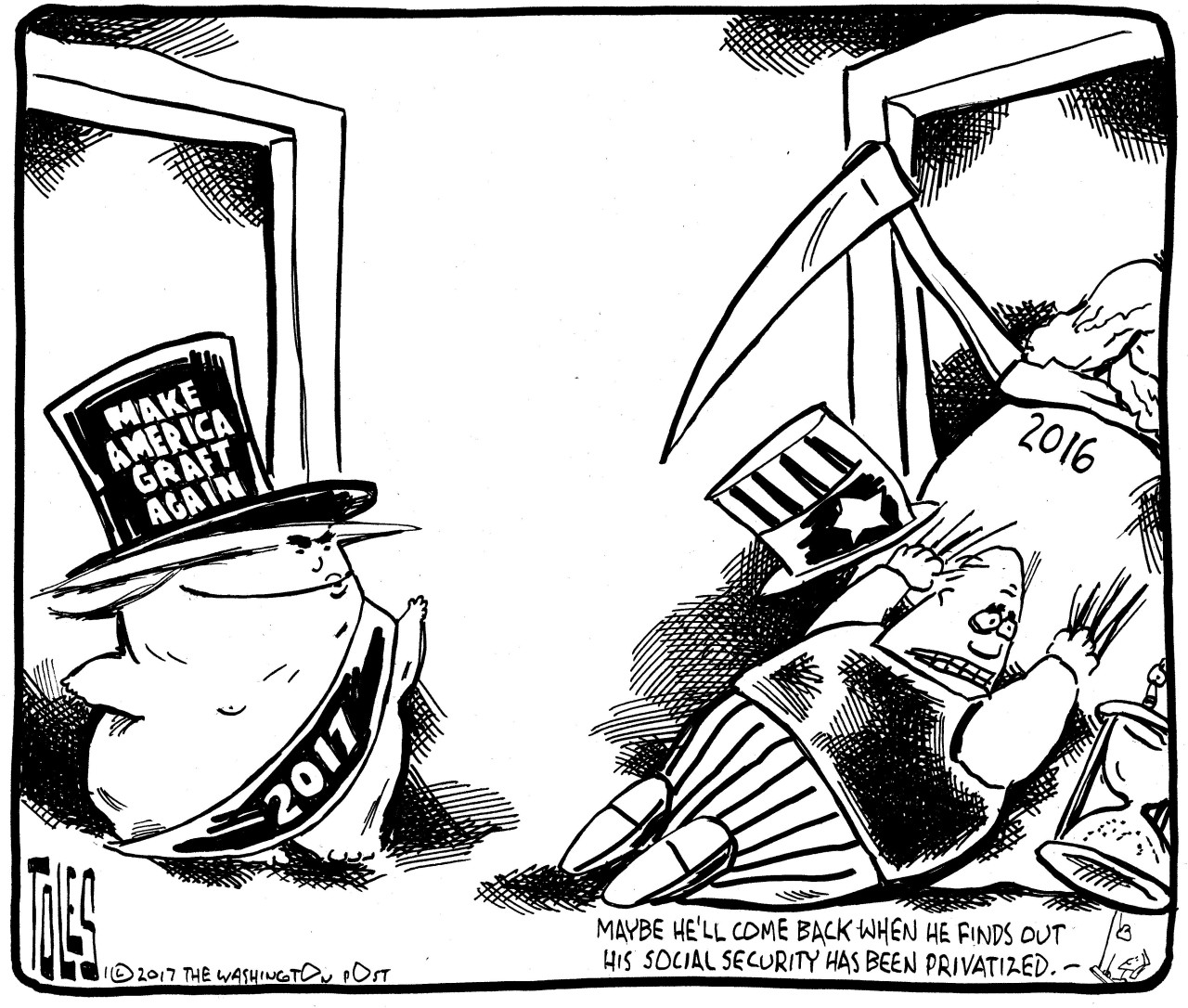 Letterpress by the Editorial Board of The Washington/Tom Holes: in the daily newsbrief on 31 December 2016: 'And so the longest hangover in our lives begins - Democracy was fun while it lasted'