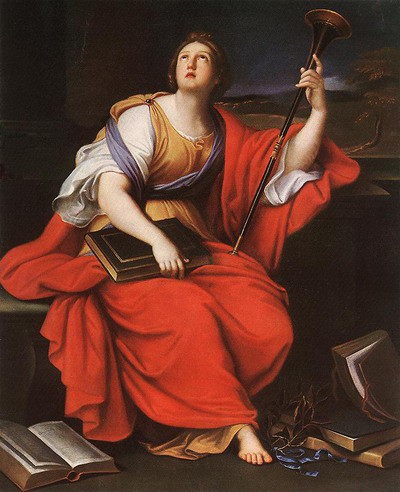 Michael J. Savouris & Conal Furay, 2015:  ‘In English the word “history” has two distinct meanings. First, “history” is the sum total of everything that has actually happened in the past - every thought, every action, every event. In this sense, “history” is surely one of the broadest concepts conceived by the human intellect. “History,” broadly defined, encompasses the entire scope of the human experience on this planet. And this meaning of the word - things that happened in the past - is what most people have in mind when they use the term in daily conversation. But there is a second meaning of the term “history.” (…) As historians James Davidson and Mark Lytle put it, “History is not ‘what happened in the past’; rather, it is the act of selecting, analyzing, and writing about the past. It is something that is done, that is constructed, rather than an inert body of data that lies scattered through the archives.”’

Behind a simple distinction of words a world of ideas and habits is to be discovered. In the section “In pursuit of truthful history stories” the academic history discipline was already explored. This section is meant for those who want to explore it further, on a more advanced level. Traditionally this is the student who chooses to do history as part of an education course, but in the post-truth era of lies and  manipulation of (historical) facts it is everyone who wants to find out more about the historian’s craft. Therefore, Irène Diependaal collected some more quotations from scholarly studies for Hereditas Historiae. These are arranged in themes. All are chosen in relation to the research areas of Irène Diependaal in the past and the present. Historians, certificated researchers but also people who research history for leisure purposes, are used to help each other with suggestions for further reading. So, after an explanation by the experts in using quotations from their published work, a list of suggested literature follows. A postscript by Irène Diependaal contains her personal views. Just like “In pursuit of truthful history stories” there are no references to pages.* Hereditas Historiae isn’t offering academic anthologies of quotes, but some personal choices. Readers who want to use the material for research of their own, should consult the original texts and discover themselves which messages the authors wanted to deliver.

As the selection of quotations in the section  “In pursuit of truthful history stories” has showed: the answers to some simple questions are far from obvious. It is part of the debate among historians. Michael J. Savouris and the late Conal Furay, both former professors of history at Webster University, tried none-the-less to do so. The quotations are taken from a nowadays classic student introductory to the methods and skills of history.

In the first contribution of this section, “The historian as detective”, some more introductory titles to the study of history are recommended. In “The limits of History” some suggestions are given to readers who want to discover more, on an advanced level, about the historiographical discussion and the consequences for the present-day study and writing of history.

‘Any brief generalization can be dangerous, but, in simple terms, the basic characteristics of history are three:

1. History is concerned with human beings operating in society, especially in the centuries since the invention of writing. The historian is not primarily concerned with the origins of the earth (geology), or the organic processes of life (chemistry and biology), or when and how humans emerged on the land (anthropology, paleontology). The historian’s work only begins in the presence of reliable records - especially written record - that indicate a specific human group shared a specific set of experiences in a specific time and place.

2. History is concerned with change through time. Quite obviously, human society is also a central concern of many disciplines other than history. As distinct from these other disciplines, however, history traces and explains a society’s experiences through time. It is important to note that history - good history - does not merely list events like a chronicle or a diary; it attempts to explain how and why things happened as they did in the context of a specific period of time.

3. History is concerned with the concrete and the particular. This is not always true, of course, because many historians do try to make generalizations that apply beyond a single situation. But, in the final analysis, a basic defining characteristic of history is its continuing preoccupation with the unique and concrete situations at a given point in time. In other words, broad generalizations, however important, are secondary to those insights that provide knowledge of a particular, unique past.’

‘“Historiography” is not a word normally found in everyday reading, but you probably already know the concept even if the word itself is unfamiliar. Literally the word means “the writing of history.” In modern usage, however, the word refers to the study of the way history has been and is written - the history of historical writing, if you will. When you study “historiography” you are studying how individual historians have, over time, interpreted and presented specific subjects, such as the collapse of the Roman Empire, the causes of the industrial revolution, or the end of the Cold War. For example, to learn about the variety of ways historians have tried to explain the coming of the American Civil War is to become familiar with the “historiography” of that subject.’

All Quotations are taken from: Michael J. Salevouris & Conal Furay, The Methods and Skills of History (4 th revised edition 2015).