Look back in anger. The famous play by John Osborne (1956) has little to do with the American presidential elections  2016. However, some main themes are to be recognised. Or was it a variation to Who is afraid of Virigina Woolf? (1962)?!

Some British artists seem to have the gift to recognise an universal, often quite human theme and to make it understandable by a theatre play or summarize a complex situation in a drawing. The American elections campaign turned out to be a political drama with elements little to none scenario writers could invent. No-one will oversee the consequence of the American vote, but it is quite clear that 8 November 2016 will be a significant date in history. As a supplement to the essays and comments in the section “A post-truth world?”, Irène Diependaal therefore likes to share in this corner of Hereditas Historiae some remarkable cartoons from the British press.

The copyright belongs to the artists. 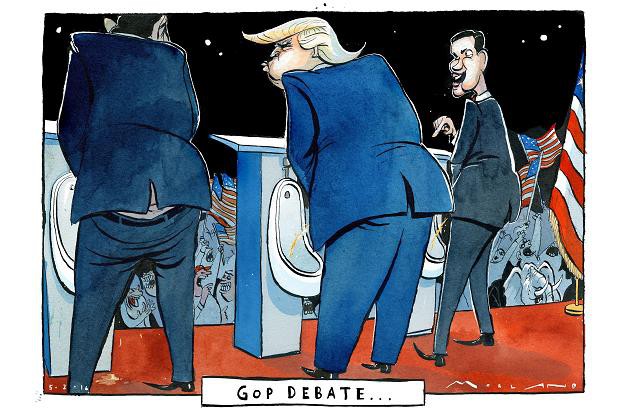 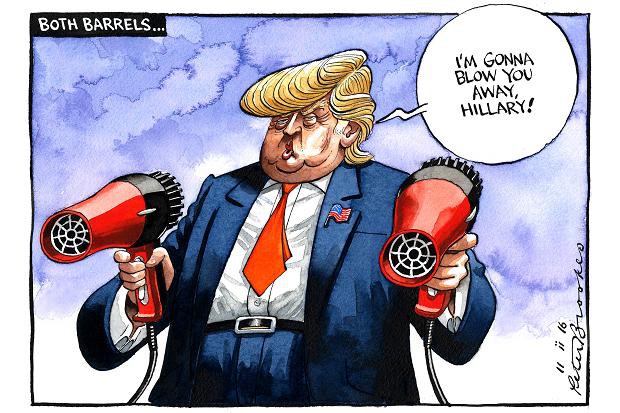 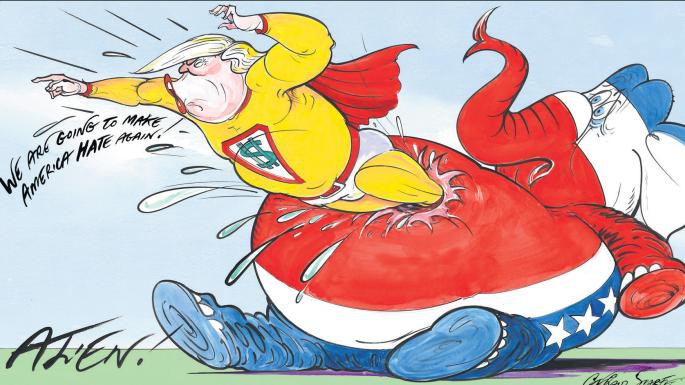 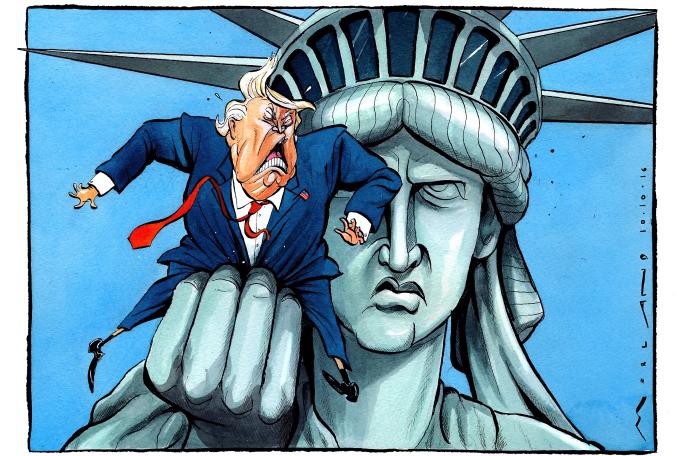 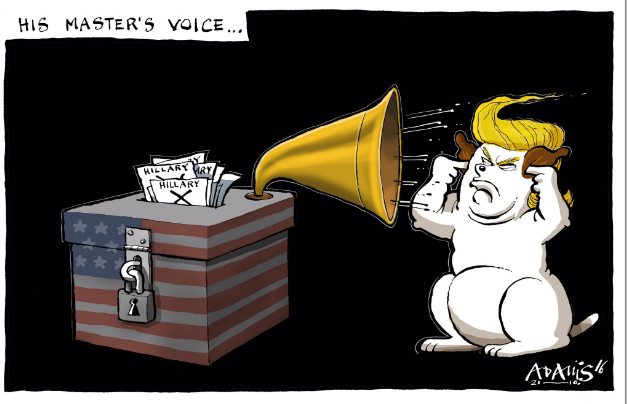 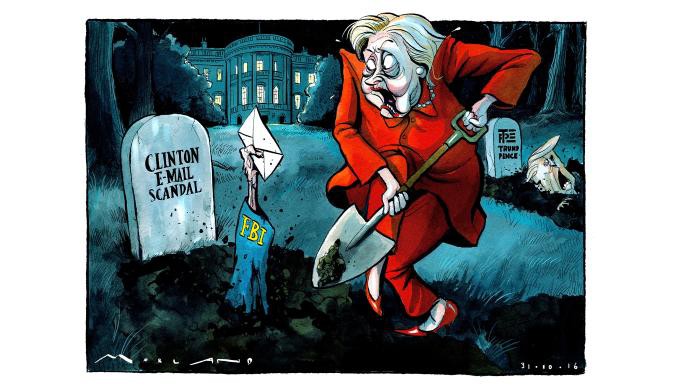 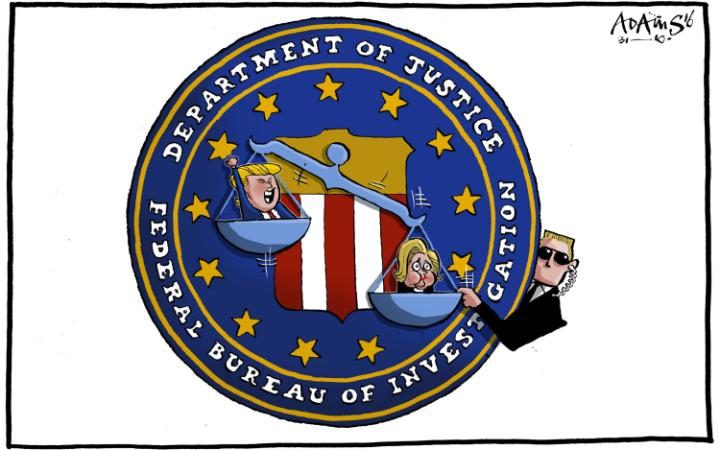 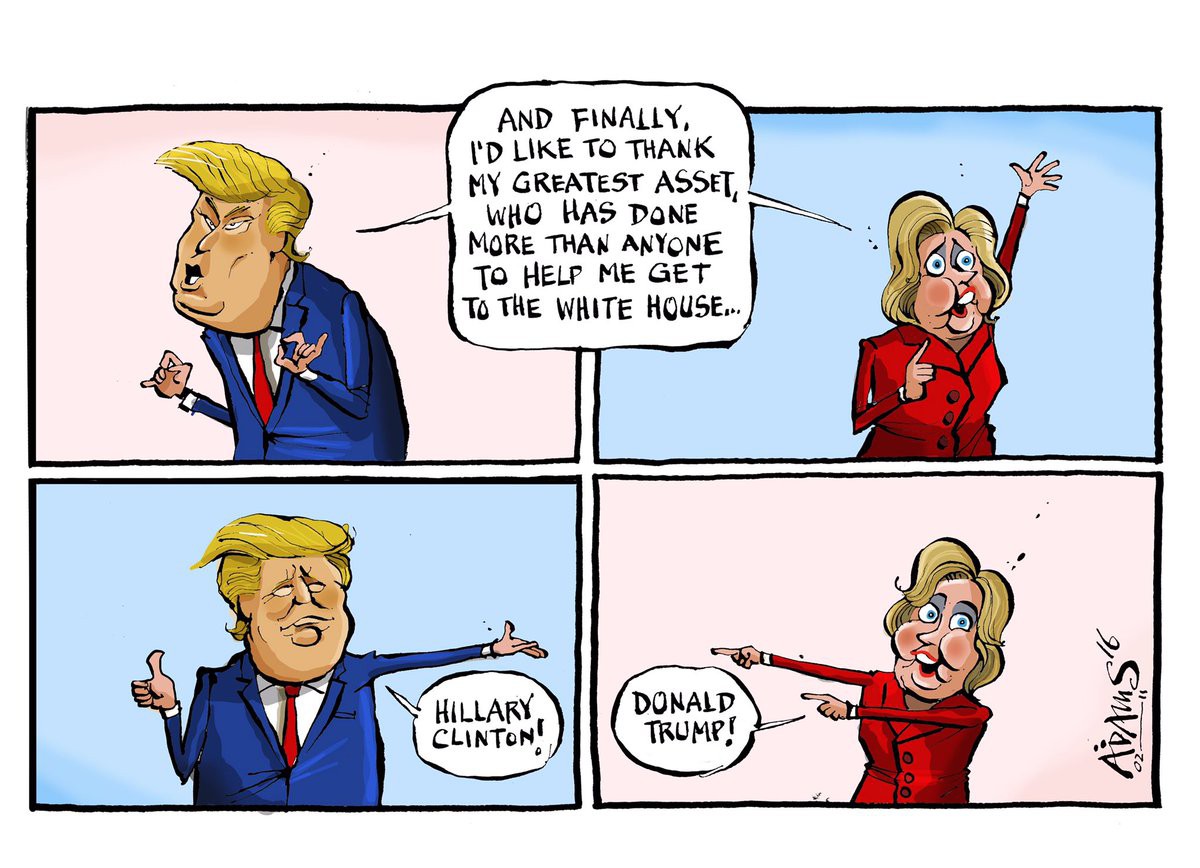 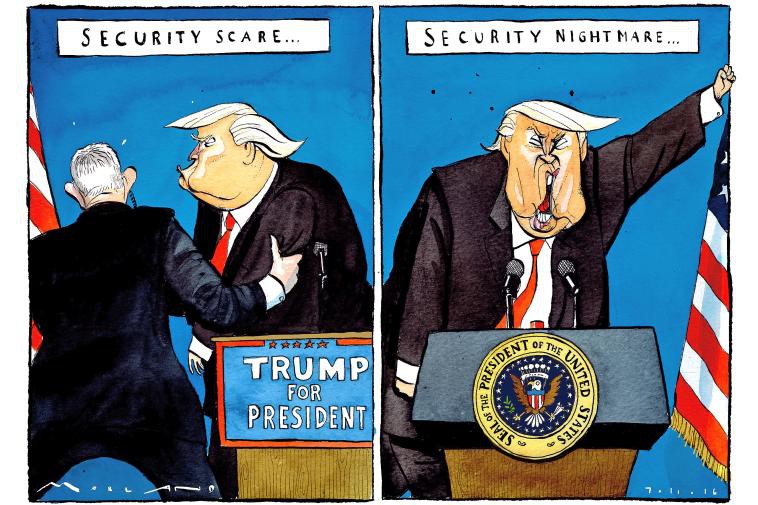 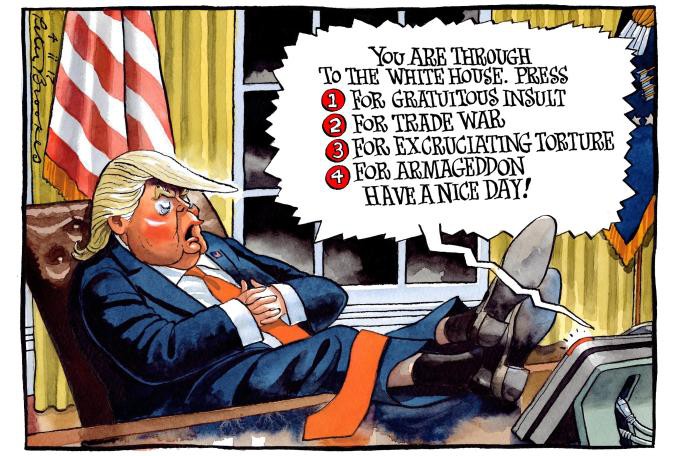