'Pope Francis did not endorse Donald Trump for president. The zika virus is not a hoax perpetrated by Big Pharma. Mark Walker and his wife did not die in a "hit job" made to look like a murder suicide by associates of the Clinton family. In fact he and the town he was reported to have died in were invented by a website pretending to be that of a newspaper that does not exist.

These stories are examples of "fake news" that Facebook stands accused of unintentionally promoting. Some of the site’s critics go further and accuse it of helping to swing last week’s election in Mr Trump’s favour.

In America’s continuing soul-searching over what was a shock result, liberals are looking for culprits. The significance of any factor less painful to contemplate than their flawed candidate and her colourless agenda is likely to be exaggerated. Mark Zuckerberg, the Facebook founder, is obviously right to note that fake news is produced by the left and right alike. Even so, fake news is a real phenomenon, and Facebook is not its only conduit.

The internet in its early years was hailed as the media's great diversifier and democratiser. News outlets were able to multiply and challenge established ones quickly and at low cost. This, however, has not meant that consumers necessarily use a wider range of sources. On the contrary, they are more free than ever to read, hear and watch only what they want to and have their views reflected back. Truth and fiction are blurred. Research has shown that fake news is more likely to go viral than real. The argument about whether more of it is produced by the right than the left is unlikely to be resolved soon. In the meantime there is a solution, and you are holding (or at least reading) it.

Facebook has borne the brunt of criticism of fake news because of its claim to be unbiased and because of its scale. With 1.8 billion users and more than half of America’s adults relying on it for part of their news, it more than merits the description "the front page of the internet". On the question of bias, the company was sufficiently sensitive to accusations of promoting liberal-leaning stories in its "Trending Topics" category that in August it took responsibility for choosing these topics away from humans and handed it to an algorithm.

Numbers alone determine which topics are trending in the Facebook universe. But software is only unbiased in that it does not care what you believe, or believe to be true. An algorithm can measure your "likes" and their correlation with others' at lightning speed, but it cannot distinguish between truth and falsehood. Once it knows your preferences, in news stories as in film genres, fabrications are reinforced rather than corrected.

Seriously distorted news may be even more damaging to public debate than outright fakery, and Facebook and its rivals are set up to promote this too. Contrary to Mr Trump’s assertions on the campaign trail, America is by no means the world’s most taxed nation and global warming is not a Chinese hoax. Yet thanks to the echo chamber of much that passes for online news, millions believe both propositions.

Traditional news outlets such as The Times are the obvious antidote. We offer real news, carefully checked, clearly distinguished from opinion and corrected if found to be in error, and we make no apology for promoting ourselves here. The stakes could hardly be higher.' 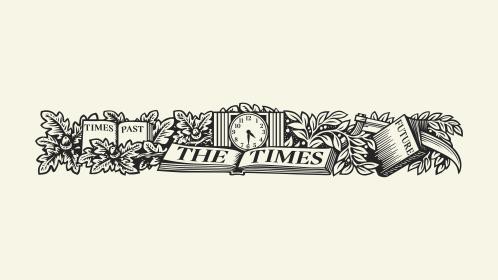