Post-truth: a guide for the perplexed

If politicians can lie without condemnation, what are scientists to do? Kathleen Higgins offers some explanation.

'The Oxford Dictionaries named ‘post-truth’ as their 2016 Word of the Year. It must sound alien to scientists. Science’s quest for knowledge about reality presupposes the importance of truth, both as an end in itself and as a means of resolving problems. How could truth become passé?

For philosophers like me, post-truth also goes against the grain. But in the wake of the US presidential election and the seemingly endless campaigns preceding it, author Ralph Keyes’s 2004 declaration that we have arrived in a post-truth era seems distressingly plausible.

Post-truth refers to blatant lies being routine across society, and it means that politicians can lie without condemnation. This is different from the cliché that all politicians lie and make promises they have no intention of keeping — this still expects honesty to be the default position. In a post-truth world, this expectation no longer holds.

This can explain the current political situation in the United States and elsewhere. Public tolerance of inaccurate and undefended allegations, non sequiturs in response to hard questions and outright denials of facts is shockingly high. Repetition of talking points passes for political discussion, and serious interest in issues and options is treated as the idiosyncrasy of wonks. The lack of public indignation when political figures claim disbelief in response to scientific consensus on climate change is part of this larger pattern. ‘Don’t bother me with facts’ is no longer a punchline. It has become a political stance. It’s worth remembering that it has not always been this way: the exposure of former US president Richard Nixon’s lies was greeted with outrage.

One might be tempted to blame philosophy for post-truth. Some of us write about epistemic relativism, the view that truth can vary depending on the context. Yet relativism is itself relative. An extreme relativist might hold that the truth varies from person to person, a position that does not leave much room for debate. But more rational positions can also involve at least a modicum of relativism. In a sense, even eighteenth-century philosopher Immanuel Kant’s quite sensible contention that we can never know what things are like ‘in themselves’ — independent of how our minds format what we perceive — is a relativistic position. It implies that what is true of the world for humans is probably different from what is true for a fly. Entomologists would surely agree.

“Political leaders take their right to lie as a given, perhaps particularly when the lies are transparent.”

More radical forms of relativism are often denounced as under­mining basic values. Friedrich Nietzsche, the nineteenth-century phil­osopher who is often invoked to justify post-truth, was such a relativist, and he does suggest at times that deception is rife and should not be cat­egorically rejected. His point is to complicate our view of human behaviour and to object to moral certainties that encourage black-and-white judgements about what’s good and what’s evil. Thus he denies that there are moral facts, saying that we have only “moral interpretations”, and in doing so denies that moral assertions are unconditionally true. But this does not mean there is no truth. Even when he claims that our truths amount to our “irrefutable errors”, he is pointing to the exaggerated clarity of abstractions by comparison with empirical reality.

In fact — contrary to how he is often presented — Nietzsche held intellectual honesty at a premium. His most strenuous rejections of ‘truth’ are mostly directed not at truth, but at what has been asserted as true. Yes, Nietzsche was an elitist who was sceptical of democracy, and so his work does not necessarily fault leaders for talking down to the public. But it also points out the inconsistency of religious teachers who assume they have the right to lie.

When political leaders make no effort to ensure that their ‘facts’ will bear scrutiny, we can only conclude that they take an arrogant view of the public. They take their right to lie as given, perhaps particularly when the lies are transparent. Many among the electorate seem not to register the contempt involved, perhaps because they would like to think that their favoured candidate is at least well-intentioned and would not deliberately mislead them.

Much of the public hears what it wants to hear, because many people get their news exclusively from sources whose bias they agree with. But contemptuous leaders and voters who are content with hand-waving and entertaining bluster undermine the democratic idea of rule by the people. The irony is that politicians who benefit from post-truth tendencies rely on truth, too, but not because they adhere to it. They depend on most people’s good-natured tendency to trust that others are telling the truth, at least the vast majority of the time.

Scientists and philosophers should be shocked by the idea of post-truth, and they should speak up when scientific findings are ignored by those in power or treated as mere matters of faith. Scientists must keep reminding society of the importance of the social mission of science — to provide the best information possible as the basis for public policy. And they should publicly affirm the intellectual virtues that they so effectively model: critical thinking, sustained inquiry and revision of beliefs on the basis of evidence. Another line from Nietzsche is especially pertinent now: “Three cheers for physics! — and even more for the motive that spurs us toward physics — our honesty!”'

Kathleen Higgins teaches and writes on Nietzsche, aesthetics and philosophy of emotion at the University of Texas at Austin.

Some more information about the author is to be found on the website of this university. 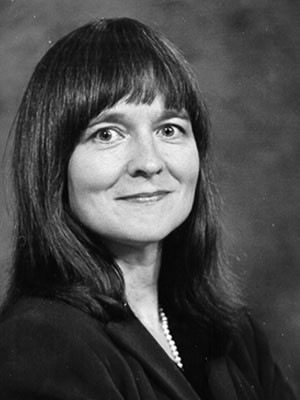