This isn’t a rerun of the Thirties, but world is changing at speed

'After Donald Trump’s November surprise on the world, it is pointless to ask what went wrong. We are in what the Pentagon calls “the new normal”. The conventional rules of politics have been torn up just like the conventional rules of warfare. An overwhelming military victory, such as the defeat of Saddam Hussein in 2003, can no longer bring peace. And the overwhelming consensus of both political establishment and traditional media can no longer guarantee electoral success.

So where did it all begin? The original socio-economic and political revolution started in the mid-1980s and early 1990s. We did not understand then what was happening. It seemed exciting at the time, this combination of geopolitical change, with the end of the Cold War, mixed in with the communications revolution and the invention of the internet. These changes rapidly brought about economic liberalisation, with Big Bang, the end of trade barriers and the spread of globalisation. We began to notice the fragmentation of collective or tribal loyalties. Trade unions, religious organisations, political parties, and military associations all began to decline at the same time. A growing scepticism towards authority led to a much less deferential society, and other anti-hierarchical changes produced a far greater informality in the workplace. The emphasis was on the individual.

What we failed to appreciate above all were the all-consuming dynamics of globalisation. Corporations could become fiscal nomads, ignoring borders and national loyalties. They could pay lip service to patriotism while acknowledging allegiance only to themselves. Beyond the effective control of governments, they could move their capital and profits around in a game of find-the-lady, shift their manufacturing base to where labour costs and light regulation were most attractive. And all the while, the pretence of traditional politicians that they can control events and change things for the better became correspondingly less convincing.

The new ability of companies to source the cheapest labour in the world and invent new forms of employing people, such as zero hours contracts which reduce their costs and responsibility, has ushered in an era of unprecedented prosperity for corporations – a turbo-charged, money-making machine, producing huge profits for the few. At the same time, it is leading to a real decline in the job security and spending power of workers and administrative staff. Globalisation has intensified price and service competition to an almost insane pitch, so labour and supplier costs have to be crushed to a minimum. This is not just impoverishing the working class, but an increasing proportion of the middle class, who are less and less able to purchase the products and services on offer. This is a major factor in the endemic economic stagnation we have started to experience. So to a certain degree, globalised capitalism has slowly begun to cut its own throat.

The political consequences are immense, and this is what we are seeing now. In the past, capitalism could justify the inequalities it created on the grounds that at least it made the lower paid better off. That is patently no longer the case, and the inequalities are now perceived as even more acute.

The individual, although supposedly liberated and empowered in a post-communist world, was in fact made credulous. The sinister slogan of the Scientologists in America – “If it’s true for you, then it’s true” – has spread like a virus, distorting the vision of its victims. Conspiracy theories have always existed, but now through internet communication they can take on a completely different strength and momentum. Isolation in the new mass society makes people vulnerable to the charlatan and false prophet. The entertainment industry has not helped. We are now entering a post-literate world where the moving image is king. Borders between fact and fiction are being relentlessly and deliberately eroded, mainly because of the huge commercial potential in movies sold as “based on a true story”.

When Trump kept repeating that systems were rigged, it really resonated with his audiences. Wall Street – with which he always associated Hillary Clinton – was seen by his supporters as entirely organised for insiders, with its algorithms and hyper-fast trading. The middle class on whom both stock markets and stable democracies used to depend, felt outraged by the reckless and often dishonest practices of a decade ago, by the fact that none of the practitioners went to jail and the government then bailed out the banks. The Washington DC elite appeared to be in cahoots with Wall Street, while Main Street America was sold down the river.

While Trump supporters rage against political correctness, with its ideas such as intellectual “safe places” in universities, they have their own fiercely defended spaces where they will not listen to anything which does not chime with their fixations. What we have been seeing is a political dialogue of the deaf, while candidates preach to the converted.

The radical Left and young had already protested to no avail with their Occupy movement. Inevitably, they supported Bernie Sanders in the primaries, but they failed to notice that he, just like Jeremy Corbyn, had not produced an original idea since the heady days of the New Left in the 1970s. The poverty of thought on both the traditional Left and Right has contributed to the political vacuum of today into which the tub-thumping populists have moved so easily. They do not need practical policies, just hate groups and slogans.

It is all too easy for alarmists to fall for the temptation of lazy historical parallels. Simon Schama is right to remind us that authoritarian governments can come to power through the ballot box, but he is wrong to mention Hitler in the same breath. We are not in the 1930s. We are not being crushed between the monolithic alternatives of fascism or communism. But we are facing fundamental divisions between insiders and outsiders, between generations and to a certain degree between genders, in the form of male stags at bay against the forces of social change. I have constantly been struck by my research in archives in different countries that in the past, it is war that has been the great accelerator of social change. But now, without any world war, we are undergoing a far more intense transformation of traditional society at a pace which most people find very hard to comprehend. The young are understandably angry at the insecurity they face and the sheer financial difficulty of ever owning their own home. They, just as much as middle-aged men in middle-wherever, feel they have no control over their fate. But it is the next stage of globalised capitalism which frightens me most – robotisation. How on earth are governments going to deal with up to half of their population out of work? People may talk of a universal wage – what Bertrand Russell advocated a century ago as a “vagabond wage” – yet what will the psychological effect be on whole communities of outsiders, abandoned and ignored. What will be the political and social effects? Is it time to reread Brave New World?' 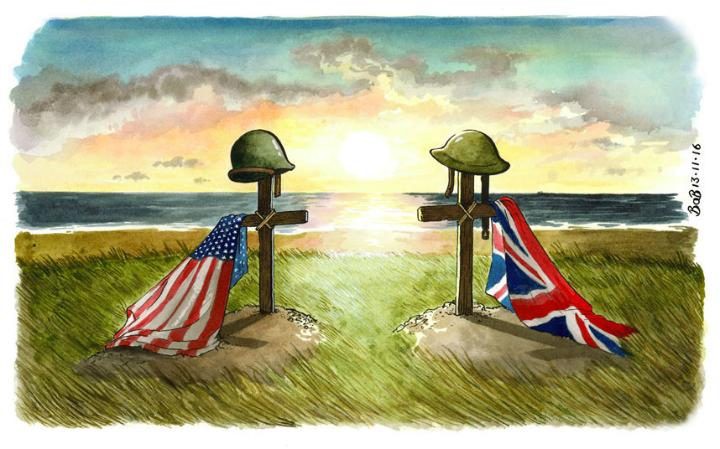 11 November is known as "Remembrance Day" in the United Kingdom and the Common Wealth of Nation member states since the End of World War I.

Antony Beevor was educated at Winchester and Sandhurst, where he studied military history. A regular officer with the 11th Hussars, he left the Army after five years to write. He has published four novels, and twelve books of non-fiction on 20th century (military) history. His work has appeared in thirty two foreign languages and sold more than seven million copies.

Further information is to be found on his official website. (www.antonybeevor.com) 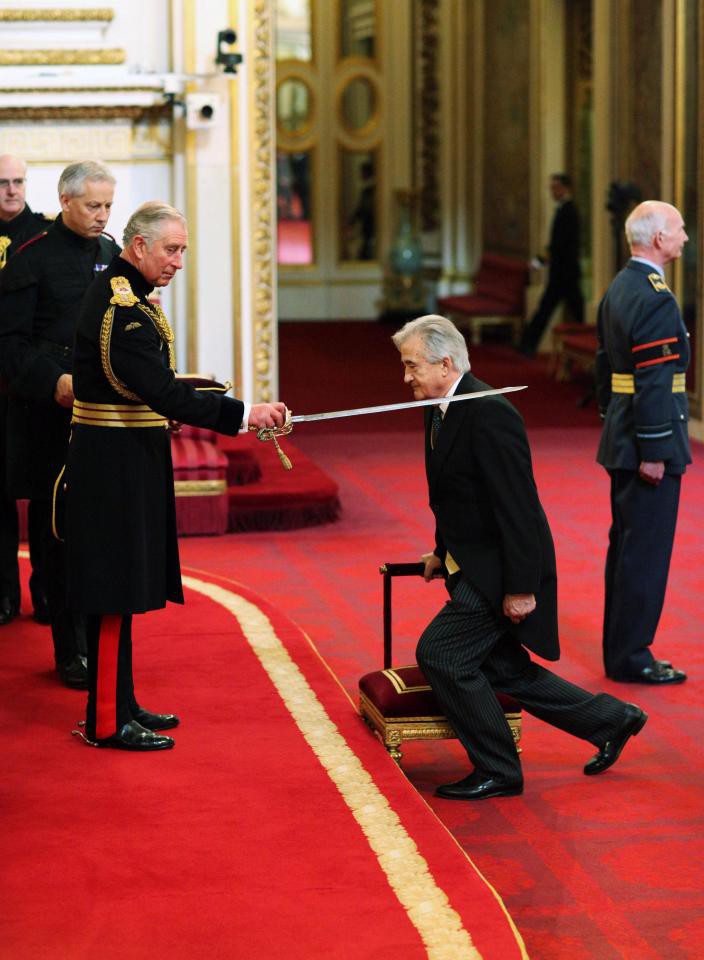